The other day while I was crocheting some dim sum (as you do !), the analogy that knitting is to crochet as skiing is to snowboarding popped into my head. Before explaining my reasoning, understand that I am coming from the background of someone who used to ski and knit (not at the same time), to someone who now snowboards and crochets, (also not simultaneously unfortunately) 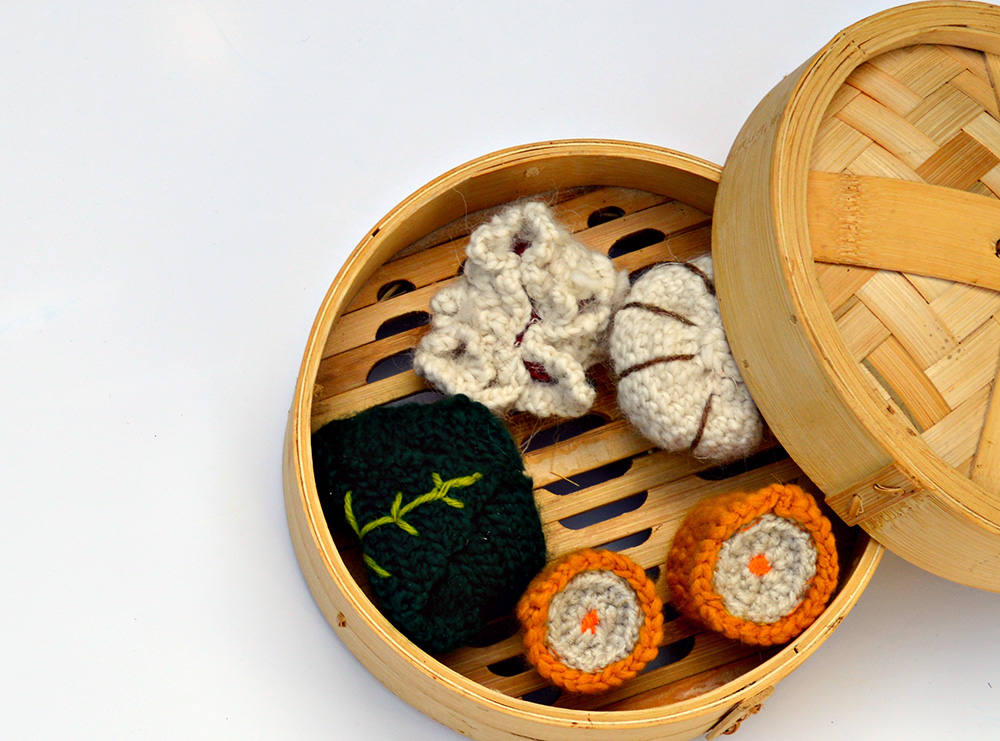 Firstly to me the most obvious similarities are to do with the equipment. Both skiing and knitting use two sticks; the skis and the needles. Whilst snowboarding and crochet only uses one stick; the snowboard and the crochet hook. 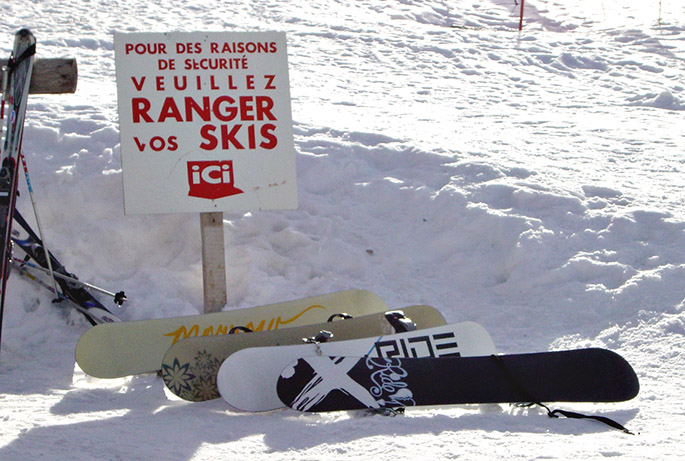 The second comparison is to do with mistakes. Taking a tumble in skis can be a real pain, your skis become detached and often end up hurling down the mountain, you then have find and retrieve your skis before carrying on. Snowboards on the other hand are firmly attached to your feet.  When you fall whilst on a snowboard, all you have to do is pick your self up, dust off the snow, and your pride. before continuing down the mountain.

The link here with knitting and crochet is that, when you drop a stitch in knitting it is more of a palaver. To rectify a mistake in knitting involves backtracking, which means that you have to transfer your stitches as you undo them to the other needle. This can be complicated and prone to further mistakes, while moving the stitches between needles. Whereas rectifying a mistake in crochet it is a lot easier, as you simply remove your hook and pull the yarn to undo the loops, until the point where you went wrong. 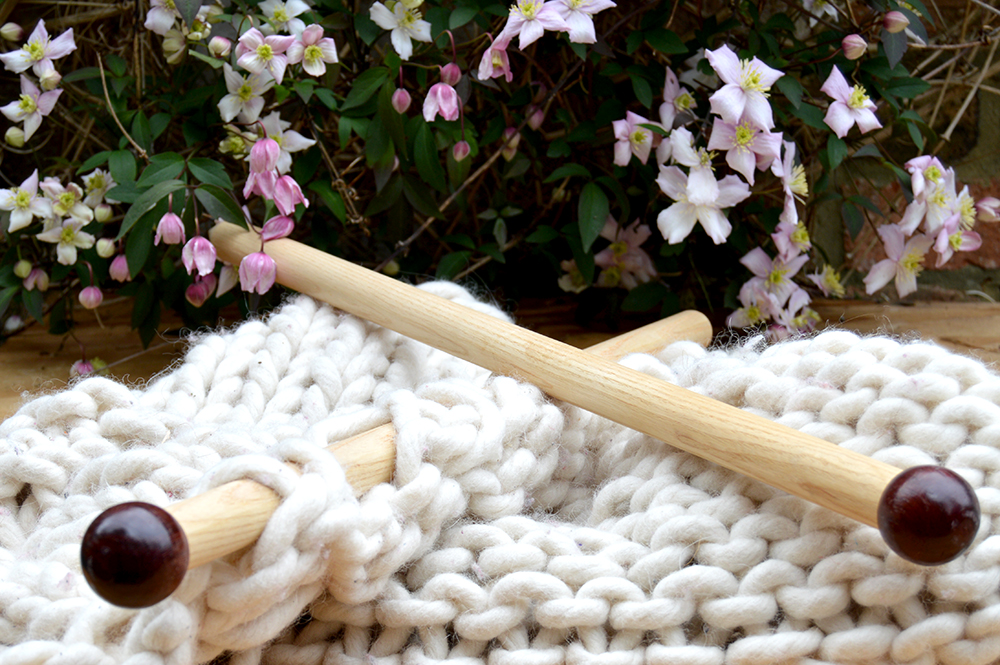 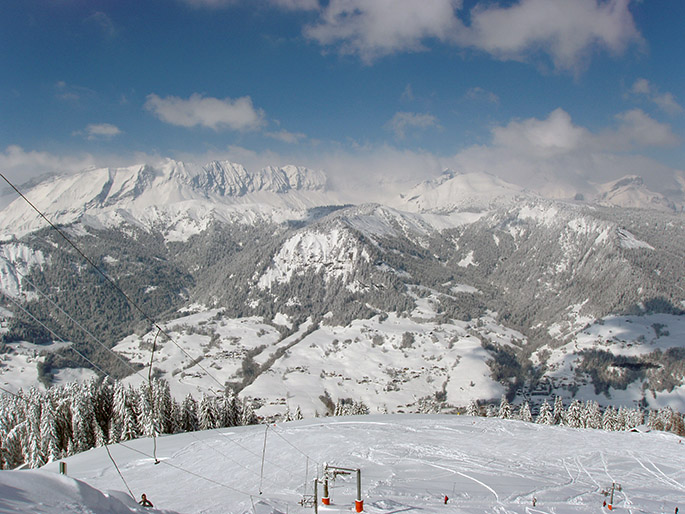 This is where I might get into to hot water, but I believe that snowboarding is cooler and trendier than skiing. Crochet similarly is seen as cooler, and currently more popular than knitting.   Crochet stitches are more 3 dimensional when compared to knitting, which is mainly 2 dimensional.  This means that you can make cooler stuff with crochet, and that’s why amigurumi  softies are more often made by crochet rather than knitting. Amigurumi is the Japanese word for the crocheted cute little animals and objects, like my Dim Sum. 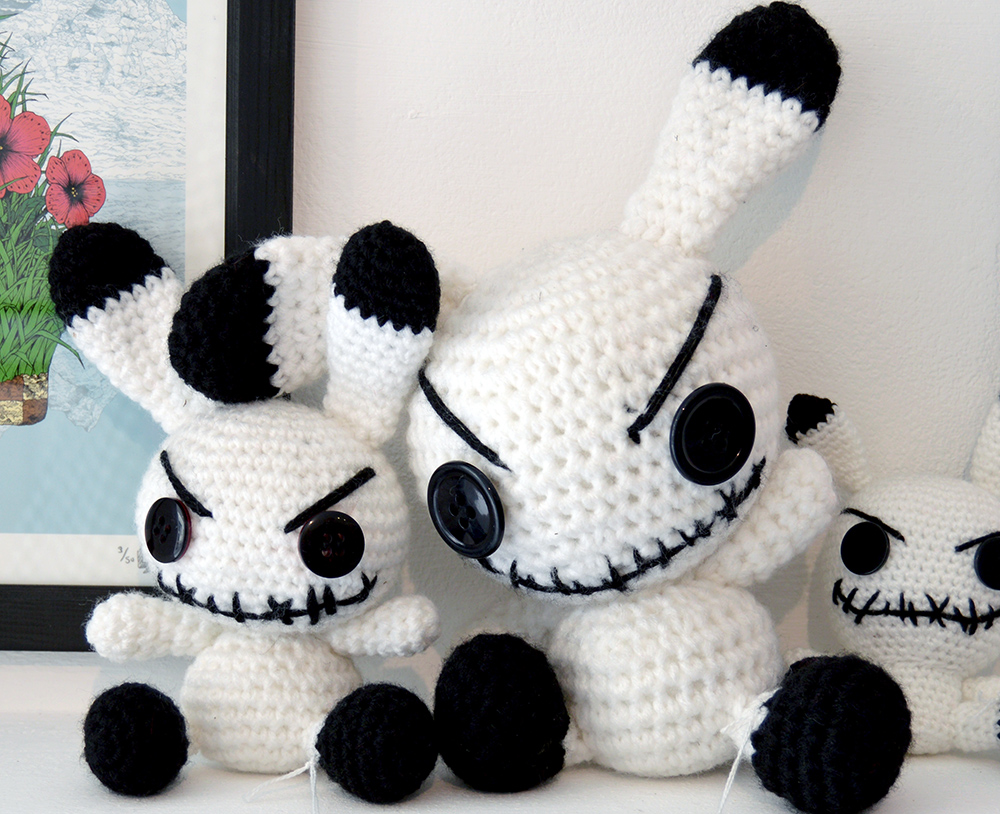 You can perform more interesting and spectacular freestyle tricks on a snowboard than with ski’s. In fact the first Olympic snowboarding medal was for the half pipe, where boarders performed tricks by riding from one side of the pipe to the other. Likewise with crochet it is easier to freestyle, than with knitting. With crochet you can create interesting shapes in three dimensions, because new stitches can be made independently of previous stitches. Textile artists like Steph Philips (Hook and Scumble) use free-form crochet as a contemporary art medium. 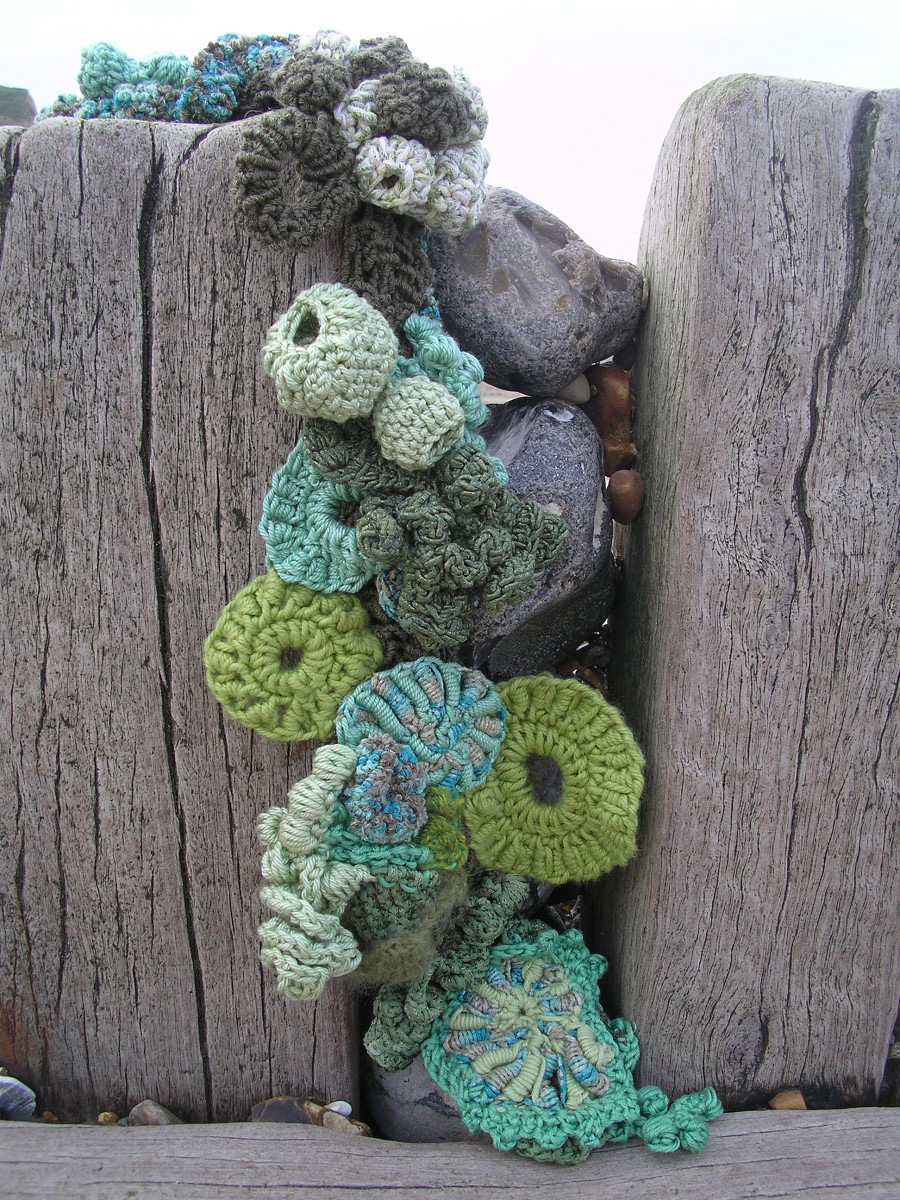 I didn’t start  skiing until I was an adult and  I struggled.  I was always in ski school with the kids, while my mates were at the top of the mountain. Then  after a few years of frustration, I put on a snowboard for the first time and was off.  I haven’t touched a pair of skis since. Not only did I find snowboarding easier, I loved the feel of it and lost the fear I had with skiing. Similarly I learnt to knit first, and did it for a few years but didn’t progress much beyond scarfs and cushions.  I then tried crochet, and haven’t picked up a knitting needle since. Also I am much more adventurous in my crochet then I ever was with my knitting, and enjoy the greater freedom I feel with crocheting over knitting. 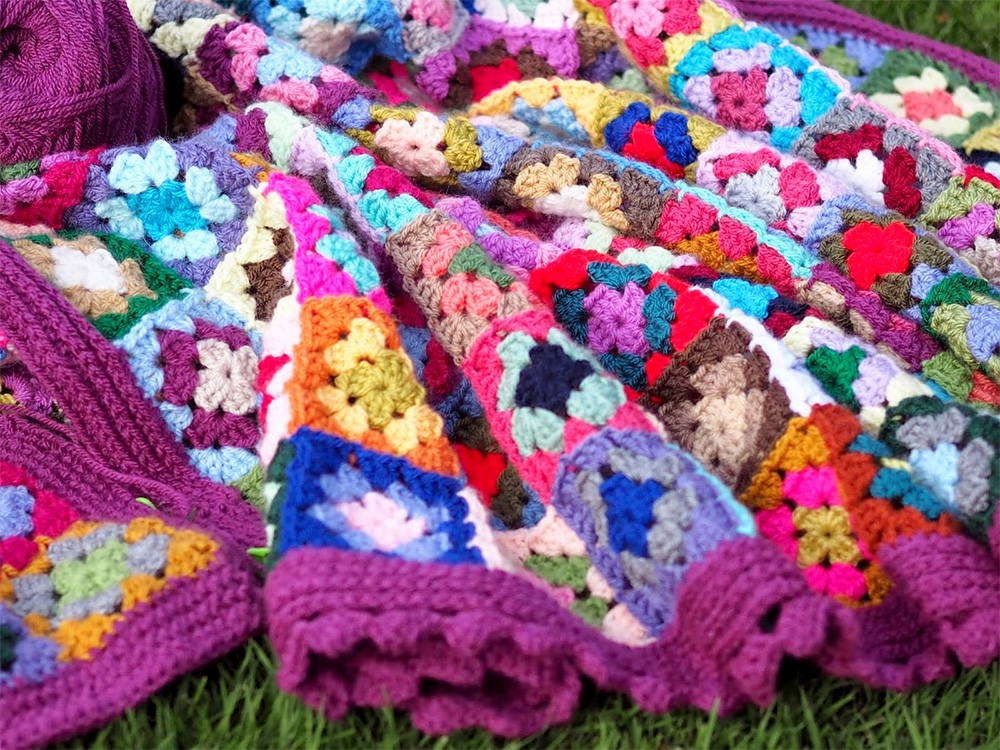 If you want to learn to crochet,  I know two great teachers;  Sam Roberts of Betsymakes  and Steph Philips of  Hook and Scumble. Or you could just have a gawk at their amazing crochet creations.

You may agree or disagree with my analogy, either way I’d love to hear from you. Especially  if you are a skier to snowboarder convert, and a knitting to crochet convert or vice versa.

This post is featured in link up palooza party

Hi! Loved this article. Agree with you totally! I was a knitter that could only knit scarves and i was terrified to try anything else! tried but couldn't learn how to read the patterns and it just bought on some anxiety for me. I tried crocheting out of the blue about a year ago. My first project was a mermaid tail blanket. I was successful and since then i make lots of things! hats, gloves, amigurumi of all kinds including pikachu and popular video game characters ect ect I feel like i am not limited and i dont feel afraid to try to make new things and learn new stitches, <3 crochet forever,

Wow I can't believe you found this old blog post. This was one of my first blog posts and one of the only few that not a tutorial. It's good that you have found crochet and enjoy it. I'm impressed a mermaid tail blanket sounds quite tricky for a first project. I unfortunately haven't crocheted much lately but need to get back into it. Thank you for your lovely comment.

I love your analogy. While I neither ski or snowboard, I do knit like a fiend! I can crochet, but I just prefer the look of knitted items.

I do love the speed of crochet items though.

Thanks. I do agree with you in that I think jumpers are probably better knitted. Especially those Nordic ski ones. 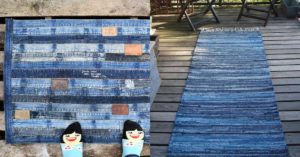 How To Make A Blue Jean Rug -16 Unique Ways 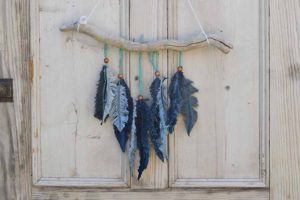 How To Make Denim Feathers & A Stunning Wall Decor 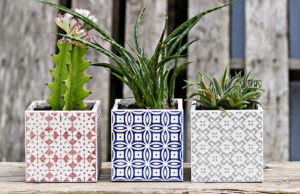 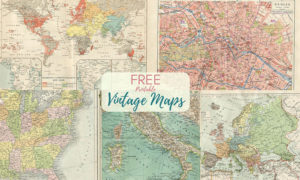 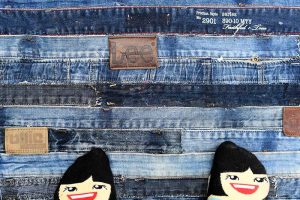